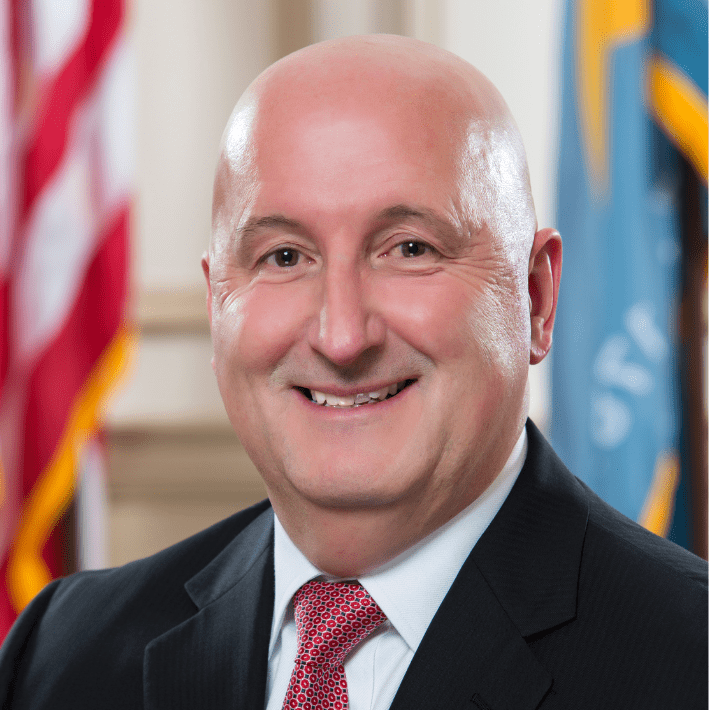 A lifelong Delawarean and graduate of St. Mark’s High School, Walsh is an electrician by trade and has been a proud member of the International Brotherhood of Electrical Workers, Local 313 for nearly 38 years.

From 1993 to 2002, he served on Local 313’s board of directors, executive board and its political action committee. He also led the union’s Joint Apprenticeship and Training Committee from 1996 to 2001. Today, Sen. Walsh works as a project manager for Preferred Electric Inc.

He entered public service as a long-time member of the Montclare Civic Association, where he served as president. He then was elected to the Delaware Senate in 2016.

He also serves as vice president of the board of directors for the Humane Animal Partners, a board member of the Certified Thoroughbred Program, and a board member of the Delaware Prosperity Partnership, a nonprofit co-funded by the state and the private sector to lead economic development efforts in the First State.

Sen. Walsh is a former baseball coach for Midway Little League and St. John the Beloved, where he and his family have long been parishioners.

He and his wife Jeanmarie live near Pike Creek, where they raised their three children Ryan, Lindsey and Kelsey. Walsh is the proud grandfather of three grandchildren, Ava, Emery, and Brayden.

This bill ensures equal access to diaper changing tables in restrooms in public buildings regardless of the gender for which the restroom is designed. […]

This Act is identical to Senate Substitute No. 1 to Senate Bill No. 9, which establishes new formulas that a community owner is allowed use to increase rent in a manufactured home community. The requirements under this Act will be […]

This Act makes substantial changes to clarify and modernize § 2347 of the Workers’ Compensation Act, Chapter 23 of Title 19 of the Delaware Code, as follows: (1) Subsection (a) incorporates recent Industrial Accident Board rulings governing the frequency with […]

By Sen. Jack Walsh and Rep. Ed Osienski | As legislative labor leaders and proud union members, we know there are paths to a prosperous career that don’t always involve a traditional college degree. We have seen more and more […]

DOVER – Defendants charged with specific felony offenses identified by the Delaware General Assembly would be ineligible for bail under the first leg of a Constitutional amendment passed by the State Senate on Thursday. The Delaware Constitution currently permits the […]