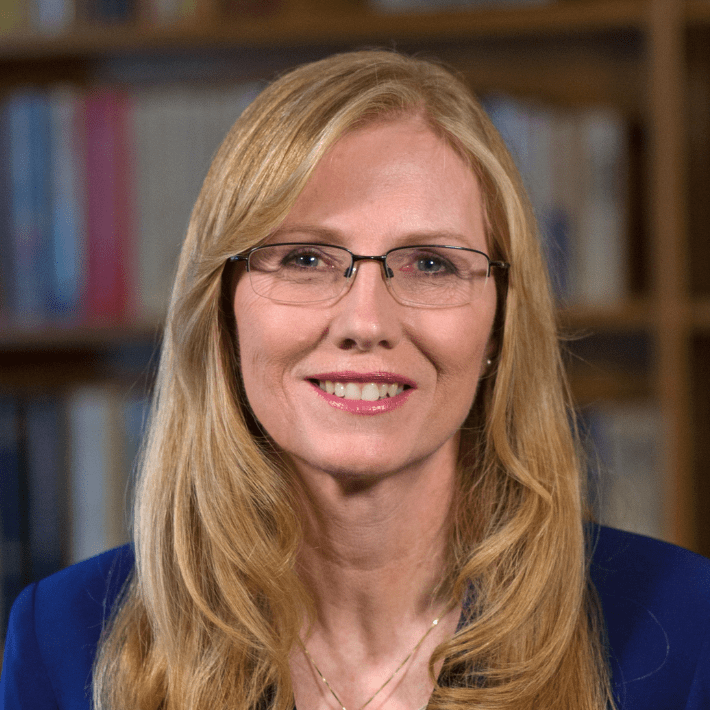 She practiced environmental and administrative law in Delaware from 2001 to 2020 and served as the chair and vice-chair of the Environmental Section of the Delaware Bar at various points in her career.

In early 2017, Hansen won a special election to succeed Bethany Hall-Long, who had just been elected lieutenant governor.

Sen. Hansen quickly distinguished herself as a prolific legislator best known for her work on Delaware’s energy policy, the opioid epidemic and a host of environmental and conservation issues, including the prevention of native species extinction and the promotion of renewable energy. She also formed the 10th Senate District Multicultural Committee to help foster understanding among different cultural communities and the HOA Leaders Forum for homeowner associations.

Sen. Hansen and her husband David live in Middletown. She has five children and stepchildren, and six grandchildren.

This Act addresses the relation between land development and school capacity and facilitates greater coordination between the counties and local school districts with regard to planning. Section 1 of the Act amends Chapter 26 of Title 9 of the Delaware […]

Section 716(a) of Title 24 prohibits annual or lifetime numerical limits on chiropractic visits for the treatment of back pain. The treatment of chronic back pain through chiropractic supportive care can prevent patients from requiring opioid pain medications or more […]

This Act updates the membership and responsibilities of the Governor’s Energy Advisory Council. […]

This Act, known as the Delaware Climate Change Solutions Act, follows the issuance of Delaware’s Climate Action Plan in 2021, and establishes a statutory requirement of greenhouse gas emissions reductions over the medium and long term to mitigate the adverse […]

By Sen. Stephanie Hansen and Rep. Debra Heffernan | Like many Delaware parents, we were horrified to read about the discovery of lead in the water supplies of some of our public schools. While it was some comfort to know […]

ADVISORY: A celebration of the Delaware state sea turtle project

WHAT: Students, educators, environmentalists and legislators on Friday will celebrate the passage of Senate Bill 303, which designates the loggerhead as Delaware’s official state sea turtle. The event will be hosted by Senator Stephanie Hansen, the prime sponsor of the […]

DOVER – The Delaware State Senate on Thursday passed legislation to limit the use of polystyrene containers and many single-use plastics at food establishments throughout the state. Sponsored by Sen. Trey Paradee, Senate Substitute 1 for Senate Bill 134 would […]