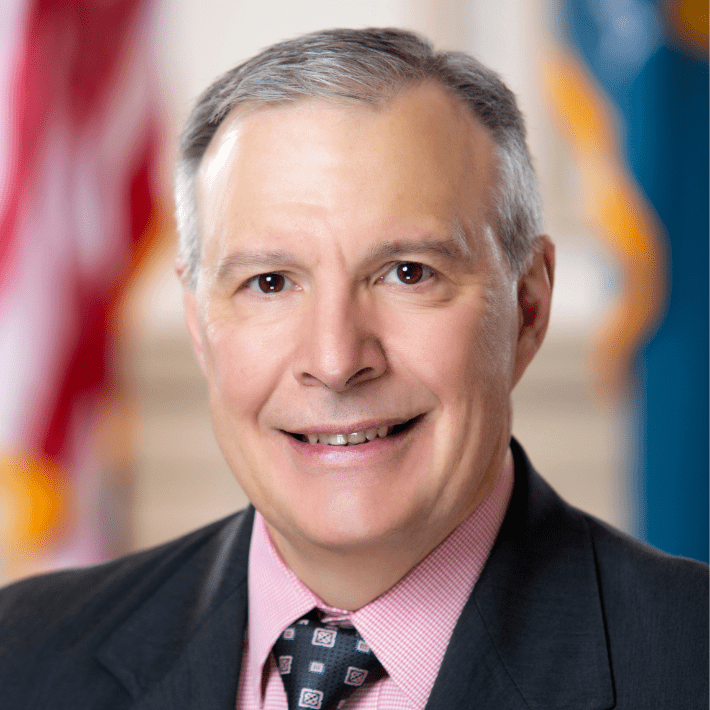 A graduate of Mount Pleasant High School, he earned a bachelor’s degree in physical education from the University of Delaware. After brief stints as a steelworker and a teacher, Sokola took a job as a lab technician at the DuPont Experimental Station, where he worked for 34 years before retiring in 2015. He now dedicates himself full-time to his role in the Senate and enjoys teaching indoor cycling classes at the Hockessin Athletic Club and raising bees.

Sokola was first elected to the state Senate in 1990. He is best known for his work improving Delaware’s education system, passing strong environmental laws and working to keep a balanced state budget. He also was a Senate prime sponsor of legislation that created graduated driver’s licenses and marriage equality in Delaware, along with the measure that established the state’s public benefit corporation law.

Sen. Sokola was first chosen by his peers to serve as President Pro Tempore of the Senate in 2021.

In addition, Sen. Sokola serves on the Delaware Foundation for Science, Math & Technology Education, and is a member of the Delaware Economic and Financial Advisory Council, a panel of state officials and economists who study the state’s fiscal outlook and project anticipated revenues.

He previously served on numerous state commissions and task forces, including the School District Consolidation Task Force, the Advance Educator Compensation and Careers Committee, the Enrollment Preference Task Force, the Truancy Task Force and the board of the Diamond State Port Corporation.

He and his wife Kathy live outside Newark. They have one daughter, Megan, and the best dog in the world, Cayce.

This act would establish a cultural resources professional incentive program for the purpose of enabling and encouraging academically talented Delawareans to pursue careers as cultural resource professionals. It would also provide incentives for persons already serving in positions with cultural […]

From the Senate Democrats Leadership Team: Our priorities for the 152nd General Assembly

By Senate President Pro Tempore David Sokola, Senate Majority Leader Bryan Townsend, and Senate Majority Whip S. Elizabeth “Tizzy” Lockman Our state is stronger today than it was just a few years ago, thanks in large part to the leadership […]